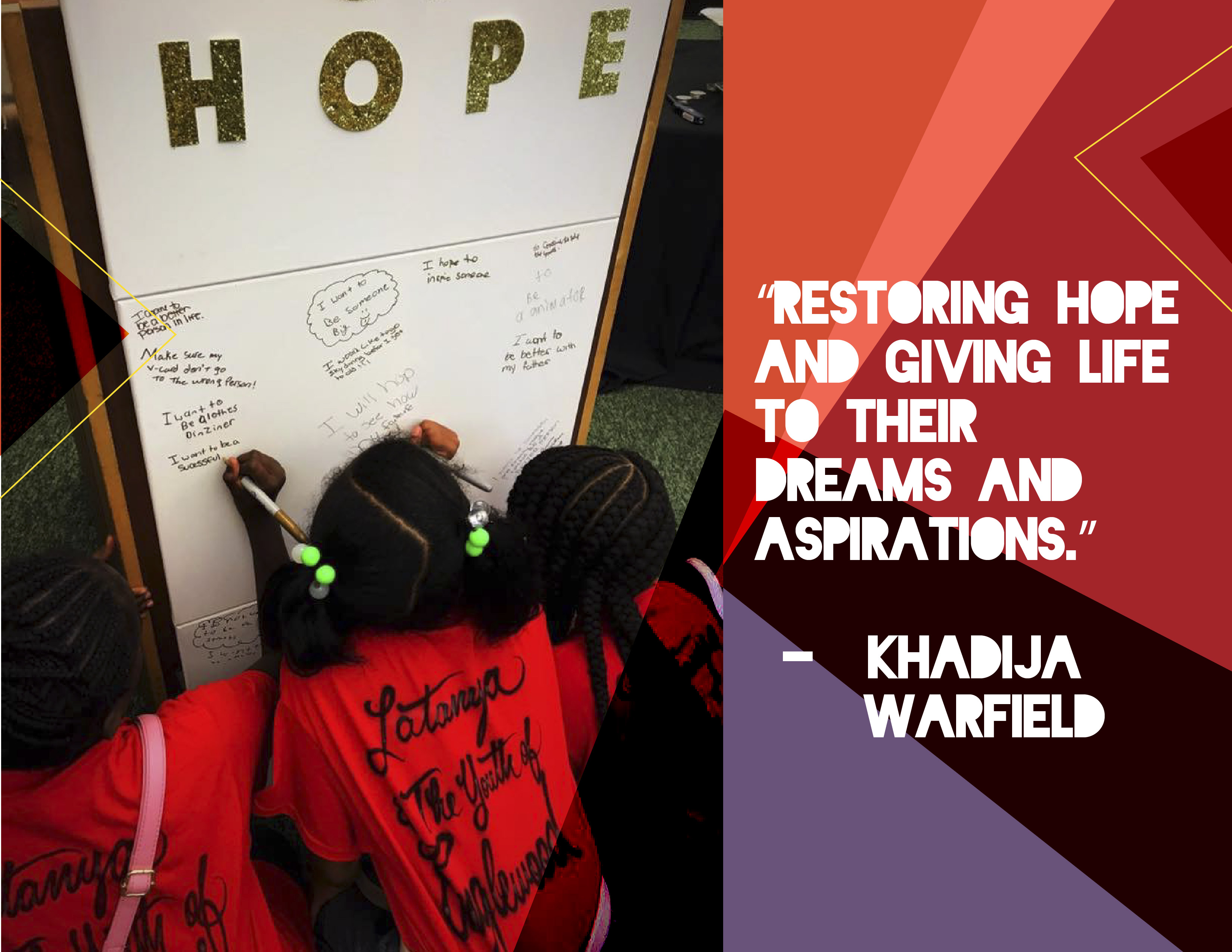 “Restoring hope and giving life to their dreams and aspirations.” –  Khadija Warfield

A space where women and girls can discuss their feelings and alleviate some of the stresses of living in a violent community. A space where they’re given the freedom to imagine what a positive future for themselves and their communities could be.  A space called Black Girls Break Bread, founded in 2016 by Jessica Davenport-Williams, Khadija Warfield, and Jazzy Davenport.

Black Girls Break Bread was awarded the Safe and Peaceful Communities grant to host two fellowship luncheons  that provided  school supplies, school resources and  a meaningful discussion about, “restoring hope and giving life to their dreams and aspirations,”says Warfield.

They also created what they called a ‘wall of hope.’ The women and children in attendance were able to write the things they hope for most on the wall. Their hopes included having a better relationship with their father,  dreams of homeownership, and, of course, visions of a better Englewood. By writing these things, the women and girls of Englewood were able to identify something positive to focus on beyond  the violence they experience  in their daily lives.

They were also able to see that they are not alone in their everyday struggles. They found allies in their neighbors– grandmothers, sisters and aunts– many of whom share similar experiences and hopes themselves.

They shared ideas about what they can do for their community. They highlighted  other organizations that are working on building North Lawndale by promoting positive programming. They invited women of the community to vent freely, to share the lessons they’ve learned along the way, and to share with the younger generations the gems accrued throughout living life. In the course of each luncheon, they did more than have a meal over a conversation, they connected and shared their fears, dreams and hopes.

“As a black people, we come together, we celebrate, we mourn and we connect over food,” says Warfield

Kahlia Evans is a writer with Rudd Resources